THE COMMUNITY (for human development)

The Community (for human development) is an organism that is part of the Humanist Movement. The Movement first appeared on the 4th of May 1969, with a public presentation by its founder, Silo, known as “the Healing of Suffering”, in an outpost in the Andes called Punta de Vacas, close to the border between Argentina and Chile.

The Humanist Movement is based on the current of thought known as New Humanism, or Universalist Humanism. This current can be found expressed in Silo’s works and in those of the diverse authors who are inspired by it.

This current of thought, which also implies a sentiment and a way of life, takes shape in multiple fields of human endeavor, giving rise to diverse organisms and action fronts. All of them are applied to their specific fields of activity with a common aim: to Humanize the Earth, thereby contributing to increased liberty and happiness in human beings. In themselves they have in common the methodology of Active Nonviolence and the proposal for personal change as a function of social transformation.

Other organisms to emerge from the Humanist Movement are the Convergence of Cultures, the Humanist Party, World without Wars and without Violence and the World Center of Humanist Studies.

The Community (for human development) was created in mid 1980 as the social and cultural organism of the Humanist Movement.

The objectives of The Community (for human development) are the study, development, dissemination and installation of a new culture based on the fundamental ideas of Universalist Humanism.

This new culture will be the correlate of a configuration of an advanced consciousness in which all forms of violence provoke repugnance. The installation of such a structuring of a non-violent consciousness in societies would be a profound cultural conquest. This would go beyond ideas or emotions that are weakly manifested in present day societies, and start to form part of the psychosomatic and psychosocial framework of the human being.

The humanist attitude, an essential aspect of this new culture, beyond all theoretical proposal, may be understood as a “sensibility”, like a stance in front of the human world in which the intention and liberty of others is recognized, and in which a commitment to a non-violent struggle against discrimination and violence is made.

The Community promotes projects for the real application of this new culture in different ambits of personal and social life.

This new culture is based on a new conception of the human being from which a scale of values, a methodology of action and a personal and social project are derived.

A scale of values

A scale of values whose 6 fundamental points are:

A methodology of action

A personal and social project that attempts to surpass the present crisis of violence, disorientation and lack of meaning which human beings suffer. This project is synthesized in the ideal of Humanizing the Earth. 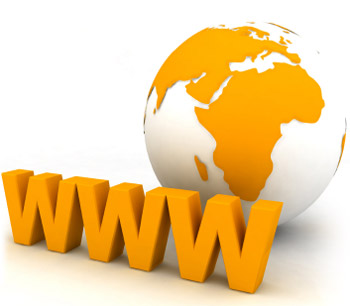